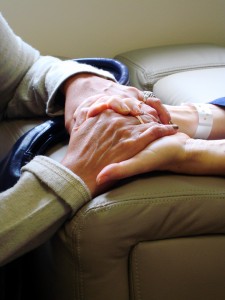 In “We deserve right to die with dignity” [Opinion, Jan. 28], columnist Anne Michaud promotes physician-assisted suicide and says it’s gaining traction with the public. If this is true, it’s because the public is influenced by articles like hers. But public support doesn’t mean it’s the right thing to do.
Doctors work with nature to heal, not destroy. They take an oath saying, “I will neither give a deadly drug to anybody if asked for it, nor will I make a suggestion to that effect.”

“Death with dignity” is a very misleading slogan. People don’t want death. What these people really want is varied. Some want release from pain. Some want to not be a burden on loved ones. Some are clinically depressed.

Dr. Paul McHugh, a professor of psychiatry at Johns Hopkins University School of Medicine, has said that physician-assisted suicide preys on those who are clinically depressed.

There is a better answer. Hospice care is becoming more understood and sophisticated. The burden of unwanted therapies can be lifted and palliative care given. Patients’ pain can be mitigated, and their psychological or spiritual concerns addressed. This this allows for natural death with true human dignity.

As a specialist in geriatrics who cares daily for patients and families, this is not a theoretical discussion for me. The appeal of physician-assisted suicide is obvious. Who wouldn’t want to show mercy and compassion to those in need of relief of their suffering?

The reality, however, is much more complex. The majority who lose the will to live are suffering from a treatable illness: clinical depression. With treatment, most of these individuals can be freed from much of their suffering and can live out their lives in comfort. To assume that the majority who request assisted suicide are of sound mind ignores the reality of the role depression and pain play in their anguish and their decisions.

I know of none of my colleagues who have been asked whether they would like to have foisted upon them this new and distinct role: that of suicide assistant as opposed to caregiver, healer and alleviator of pain. It would be foolish for a public that already distrusts the health care system to give this new and quite frankly awesome responsibility to physicians, most of whom may not want it. Would it also not potentially change, at least in the minds of some, the way their physician is viewed?