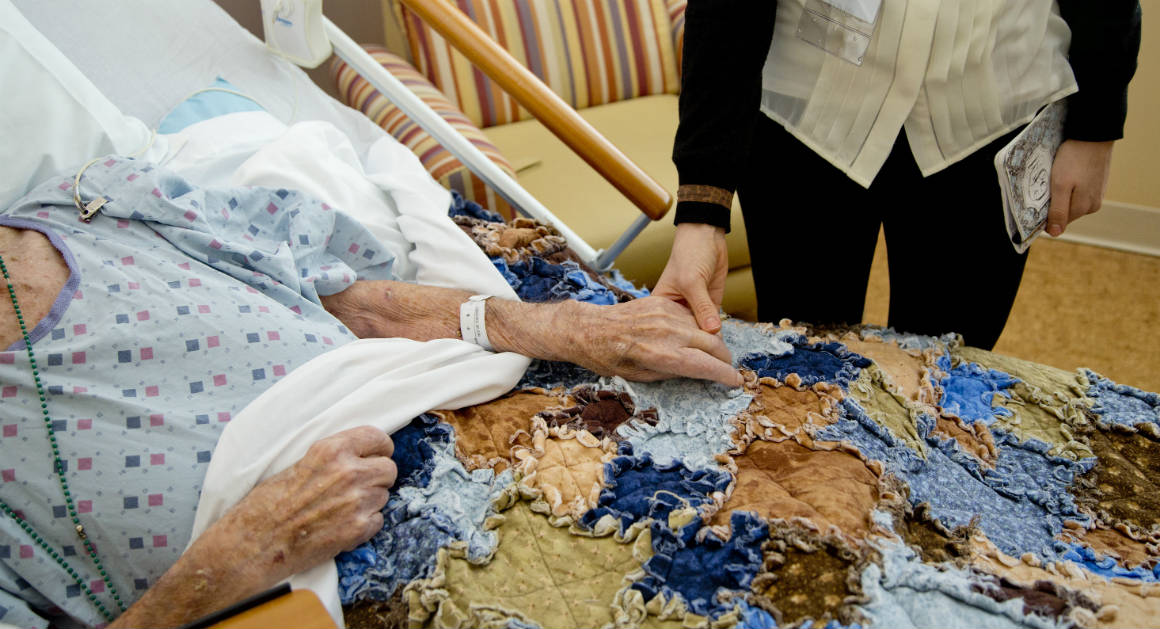 As a life-long progressive who is rapidly approaching Medicare age, I am dismayed by the apparent resignation of the political left to the sorry state of dying in America. Just when moral outrage and radical social change are called for, my fellow progressives have embraced physician-assisted suicide as their political response to needless suffering of seriously ill people. This isn’t liberalism; it’s nihilism.

This liberal embrace of hastened death is spreading rapidly. In California, a bill to legalize doctor-assisted suicide passed the state senate last Thursday and is headed for the state assembly. In common with similar legislation in over 20 states, it was authored and co-sponsored by Democratic lawmakers touting civil liberties as their motivation.In the 1970s this scenario was the stuff of dystopic sci-fi. Remember Soylent Green? A society decides it doesn’t have the resources or will to take good care of aging and dying people, but offers them a compassionately quick, painless and aesthetically pleasing death. Edward G. Robinson’s death scene in this 1973 movie (filmed while the actor was dying of cancer) is essential viewing for anyone who supports physician-assisted suicide.

In the 1970s and 1980s progressives championed hospice as a counter-cultural response to woefully bad care of terminally ill people. To good effect: Hospice and the specialties of palliative medicine and geriatrics demonstrated conclusively that much better care of frail elders and dying people is feasible and affordable. Meticulous communication and planning, skillful treatment of pain and other symptoms, support for patients and families in caring for themselves and 24-7 availability of professional help are all far less expensive than the current norm—in which no one attends to such details, while doctors forestall death at all costs. As a consequence, one in five people languish in intensive care units during their final days.

Dying is rarely easy, but it doesn’t have to be this hard. Having worked as a physician in hospice and palliative care teams since 1978, I know that no one needs to die in physical agony. With comprehensive whole person care, most people live in relative comfort and, despite the sadness of leaving those they love, even a sense of wellbeing during their final months, weeks and days of life.

For years it seemed like we were on a path to a future in which every person could be assured of comfort and having their dignity honored through the very end of life. Unfortunately, countervailing forces, chief among them the profit motive, supervened. Instead of transforming mainstream health care to become genuinely person-centered, hospice, palliative medicine and geriatrics are largely being absorbed within corporatized medicine. For instance, fully two-thirds of America’s hospices now belong to for-profit companies, many traded on Wall Street.

It’s great that more people receive hospice care than ever before, but quality has suffered. Across the hospice industry, the average number of dying patients assigned to each nurse has risen to untenable levels. Meanwhile, the industry’s capacity to provide continuous hospice care in people’s homes has all but disappeared, resulting in needless brink-of-death hospitalizations, avoidable pain and suffering and unnecessary costs. This is no surprise to liberals: the fiscal wellbeing of corporations too often takes precedence over the wellbeing of the people they serve.

Despite having the resources and technical know-how to reliably care well for people through the end of life, a persistent public health crisis surrounds the way we die. The public’s fear, anger and distrust are, tragically, well founded. But authorizing doctors to intentionally end peoples’ lives is nothing more than capitulation to this pervasive social irresponsibility.

An authentic, socially sound solution to this crisis is readily achievable if we can muster the will to demand it. A tectonic shift in the way healthcare is paid for—from financially rewarding quantity of services to measured quality of care delivered—has the potential to improve care for seriously ill people in transformative ways. This change began with RomneyCare, went national with ObamaCare, and will be accelerated by the “doc fix” legislation that Congress just passed and the president quickly signed.

Under these laws, accountable care and value-based payments will increasingly tie physicians’ Medicare fees to the quality of clinical outcomes and people’s satisfaction with the health care they receive. For end-of-life care, recognized quality measures include where people died and relatives’ perceptions of whether or not their loved ones’ values and preferences were elicited and honored.This is no time to be fatalistic. Instead, it’s time to push major redesign of physician education and post-graduate training. State legislators could write bills to require medical and nursing schools and residency programs to adequately train clinicians in personalized symptom management, communication and shared decision-making, and collaborative team-based care. Legislators could mandate performance tests of basic skills in these areas before their state awards licenses to practice medicine.Many corporate nursing homes today are little more than human warehouses. The wages and staffing levels of aides are so low that physically dependent people are destined to feel undignified. State legislatures could compel nursing home companies to employ enough nurses and aides to answer the bell when a physically dependent person—someone’s grandparent, mother or father—needs help in getting to a bathroom.

I’ve been making this case to state legislators who sponsor or support legalizing assisted suicide, almost all of whom are Democrats. I get a lot of “yes-but” responses: Yes but, you’ll never get doctors to practice the way you describe. The less polite refer to entrenched interests in the status quo and financial pipelines of the medical-industrial complex. Without disputing my premise, one senior blue state senator recently told me I was naïve to think anything substantial would change.

He sounded depressed, but I couldn’t let him off the hook. I pointed out that if the physician-assisted suicide bill he supports becomes law, his mother’s internist will still not have been adequately trained or have the skills needed to treat her pain or breathlessness. He will be no better at listening to her concerns or counseling her through the difficult, but normal, process of leaving this life. He will, however, be able to write her a lethal prescription.

What about this is good government?

It is said that the real worth of any society can be found in the way it cares for its most vulnerable members. In Oregon, Washington, Vermont, New Mexico and Montana where doctors can legally write lethal prescriptions, the systemic deficiencies that cause preventable distress among dying people persist. A healthy society doesn’t force its members to choose between suffering and suicide. I grew up believing that every person’s life has value and that America does not settle for less than the best. Suicide is not the answer. We are a far more generous people than that. Aged, ill and dying Americans need progressives to reclaim our commitment to bold, constructive political and social action.