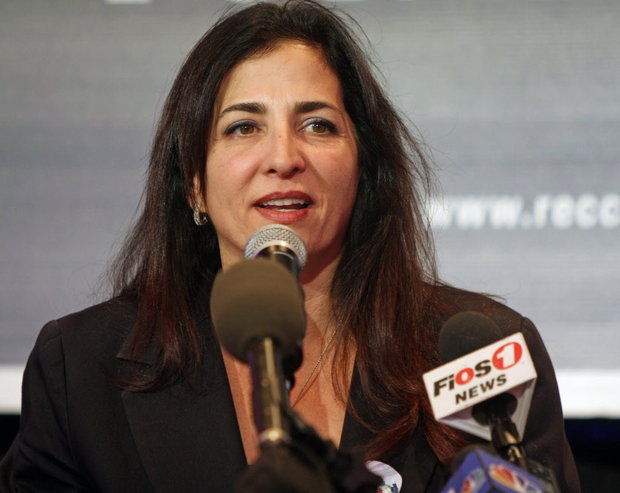 By Mary A. Cooke RN

Special to the Advance

Sen. Diane Savino refers to her father’s dying in pain at the age of 53 as one reason why she is sponsoring the End-of-Life Options Act (Advance 2/21).

Her article reminded me of my father’s death. I’d like tell his story to demonstrate that someone doesn’t need to make a choice between suffering and ending one’s own life.

Three years ago, it was evident that my father’s life was ebbing – he was having difficulty swallowing and had choking episodes, the result of Alzheimer’s disease and late effects of radiation therapy to his mouth. He never complained; in fact, he told me and my siblings that he was, “Ready when the good Lord wants me.”

As a hospice nurse for almost 30 years, I knew what the end would be like, but I had already activated my secret weapon – the hospice program serving Cherry Hill, N.J., where my dad lived. I knew that the hospice nurses would guide me in the best care for him, including the right medications and the doses that would ease his discomfort and prevent suffering.

In 1980, there were only 15 hospices in the United States. The National Hospice Study had just been commissioned to evaluate hospice services and determine if they should be paid by Medicare.

Over the next 2 years, every aspect of hospice care was studied, quantified and then summarized by the Brown University team. The end result: some areas of hospice care were better than conventional care (i.e. hospital or traditional home health) and some areas were no worse, leading to the conclusion that, “In an egalitarian society, patients should have a choice.”

Fast forward 35 years to 2015 and there are over 5,800 Medicare-certified hospice programs in this country, serving 1.5-1.6 million patients per year (National Hospice and Palliative Care Organization).

This sounds like a lot of patients until you break it down: The median length of stay (half less, half more) was 18.5 days in 2013 and almost 35 percent of patients receive hospice care seven or fewer days.

On Staten Island, there are two certified hospice programs (one of them – Staten Island University Hospice – also has an eight-bed residence), which are both under-utilized.

Yet, the state senator who represents this Island is promoting death. What’s going on here? Denial. Unlike my father (and others like him) who prepared for the final journey with a health care proxy, a living will (including instructions for no artificial nutrition or hydration at the end) and a deep faith, many people today refuse to consider the future. Others have such a fear of what may happen that they want to end their lives precipitously. What is the alternative? The short answer is that we don’t know, but if we don’t open our hearts to the possibilities, then we will never know.

For those patients (or their families) who choose hospice care, expert pain management is provided (over 90 percent of all pain can be relieved by some combination of drugs) and services that include at least weekly nursing visits , counseling for the whole family and non-denominational spiritual support offer the possibility of quality, even amazing, life to the end.

The unique combination of these services allows a person not just to live but to live fully, sometimes beyond their expectations. I’ve seen estranged families reconcile, gratitude shown and received and poignant good-byes exchanged.

But the most touching are the expressions of love, e.g., the great aunt who thought no one cared about her but was lovingly cared for by her great nephews to the end. (They wanted to re-pay her for her many kindnesses to them over the years.) Or the widower, who returned to his native country, married his high school sweetheart and enjoyed his last months far beyond his dreams. If these people had decided to artificially end their life (called suicide by straight-thinking people) they would not have experienced the joys that awaited them.

We hear that “life is a mystery – you never know what’s around the corner.” That mystery doesn’t end because one’s life is winding down, it still has some surprises. Take the 29-year-old man who was referred to hospice because he was literally dying. With excellent nursing care and psycho-social-spiritual support, he improved to the point where he didn’t need hospice care … and lived another seven years in good health.

In the last few weeks of my father’s life, my family experienced many blessings: My sisters and I bonded in an unexpected way while caring for him; his emergence from a dementia fog to talk coherently to my brother and my daughter about their lives amazed and encouraged them, and the whole family rallied to support him and each other through the last hours of his life.

But he was the biggest recipient of blessings: He died peacefully in his own home surrounded by his family. He chose life – to the very end, when the good Lord was ready for him. What would you choose?

Write to Sen. Savino and ask her to amend her bill to choose hospice over death.

The author is a nurse educator with Compassionate Care Hospice in Brooklyn and Adjunct Nursing Faculty at the College of Staten Island.